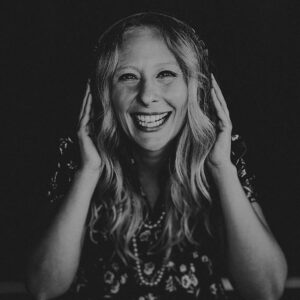 Co-founder Christina Giacona is the producer, conductor, artistic director, and score supervisor for Onyx Lane. She is also a Lecturer on American Musics for the School of Music and affiliate faculty for the Film and Media Department at The University of Oklahoma, a Smithsonian Folkways-certified World Music Pedagogue, and holds the Janice and Allyn Donaubauer Clarinet Chair with the Fort Smith Symphony. Fiercely dedicated to producing the music of our millennium, Christina produces the Ruggles Native American Music Series at the University of Oklahoma, is the former Executive Director and clarinetist of the Los Angeles New Music Ensemble, and serves as a session producer for film, classical, and popular recordings.

Reach out for more information.